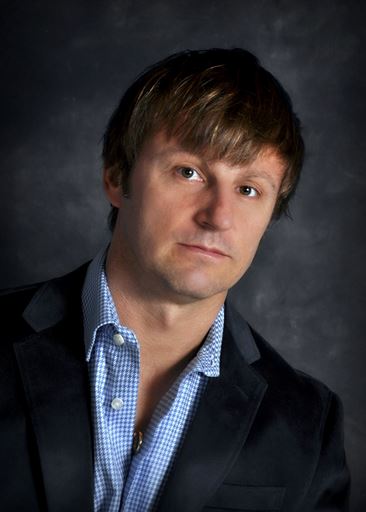 A former Division I and professional player, Jason Otter has dedicated himself to player development. As a young boy he made the commitment to become the best player he could be. He would spend 8 hours a day with a basketball in the summertime and bought into the idea that hard work beats talent when talent does not work hard.  Upon finishing his professional career quickly realized that hard and smart work beats talent even when talent does work hard. And thus the OtterBasketball system was born helping players all over the country realize their full potential. The work ethic he learned from spending those hours on the court spilled over into his personal life off the court as well.

Jason would earn a Bachelor’s Degree in Health & Physical Education with an emphasis in Exercise Science and Psychology.  He followed that up by Master’s Degree in Educational Leadership. Upon returning from playing overseas, Jason began teaching, coaching and developing players that went on to have successful Division I, II and professional careers. Because of the high demand to work with Jason, he began holding individual instructional camps. In a short time those expanded to being held all over the country and overseas. OtterBasketball Camps are the most sought after skill development camps in the country today.

Considered to be one of the best basketball minds in the game, Jason has become one of the most published trainers, having put forth 22 instructional DVD’s and an Online Training Curriculum that is second to none.  He has helped to develop over 1000 Division I players.  Jason was chosen to speak on Shooting utilizing “The Gun” by Shoot-A-Way at the NCAA Final Four as well as coaching clinics across the United States.  Jason has held camps with some of the top talent in Melbourne, Australia, held coaching clinics for youth and professional coaches with Melbourne United.  Has been invited to The Philippines by Athletes in Action to hold player development and coaching clinics.  He is the lead instructor at all Point Guard Elite Camps and is the only trainer to work directly with the NBA Top 100 as well as the Melbourne United in Australia.  Jason is actively involved in connecting OtterBasketball standout players with professional contracts overseas.  Known as one of the most passionate instructors in the game with an ability to turn the average kid into a high level player, Jason works with a variety of players from young serious students of the game to professional and NBA level players.